Technicians at LOF handle chemicals elements that needs to be contained in specific environment. To that extent they use glove boxes. The space inside these boxes is constrained and manipulation of objects is not always practicle. To that extent, they want to introduce robots inside the glove boxes to assist the lab technician. A postdoctoral student, Lucas Joseph, has been recruited to build a demonstrator of such technology.

In this project the robot has to realise three tasks :

The whole robot control scheme can be summarize as follow:

Specific development has been conducted for each of these blocs.

The speech recognition is performed using the python speech_recognition package. When a human speaks, the audio is converted to text and analysed to see if it matches some keywords. Actions are then triggered to match the desired command.

Then environment is observer using a kinect 2.

Obstacle detection is performed using the iai_kinect2 and moveit packages.

In this project the state machine is kept very simple since the robot as few task to do.

The trajectory are compute using Moveit. The resulting trajectory is then send to our control using our package moveit_trajectory_interface

The control part is performed using our state of the art control algorithm panda_qp_control. It uses velocity_qp for the Quadratic Programming algorithm formulation.

Here are some videos of the project.

Demonstration on a real robot

Here is a video of the demonstrator in action. The robot realises three tasks:

The demonstrator is also working in simulation with gazebo. The physics of the experiment is respected and the tray can be grabed and moved around.

Finally we can also simulate the presence of RGBD cameras inside the glovebox. This video shows that the simulation also displays data from the camera. Depth points and camera stream are displayed and synchronised with the robot motion. 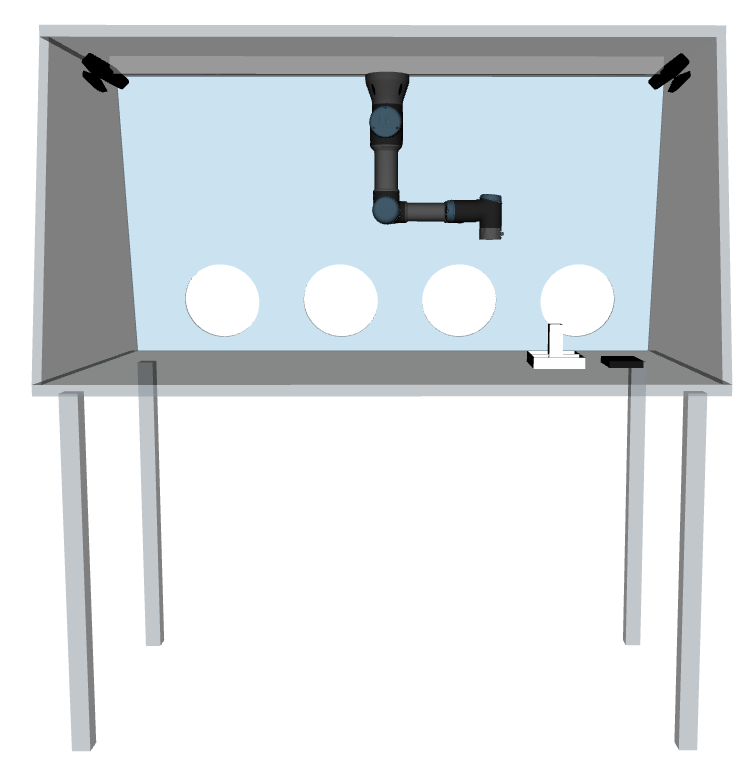 End of the glovebox project

The glovebox project started the 1st of August 2021 and lasted one year. During this year we developped a demonstrator for a robot assisted glovebox. Live demonstration Here is a video of the demonstrator in action. The robot realises three tasks: Bring unreachable tools/vials Serve as a 3rd arm to hold tools/vials Bring preparation to some device All this work is done using the softwares developped at Auctus, namely : panda_qp_control with velocity_qp moveit_trajectory_interface … [Read More]

Solvay is a Belgian multinational chemical company established in 1863. Following its integration with Rhodia, the Committee of Executive Members at Solvay reorganised its various business units into five segments – Consumer Chemicals, Advanced Materials, Performance Chemicals, Functional Polymers and Corporate & Business Services Since 2020, we have developed a long term collaboration with the chemical company Solvay in order to help them in the digitalization and robotization of their … [Read More] 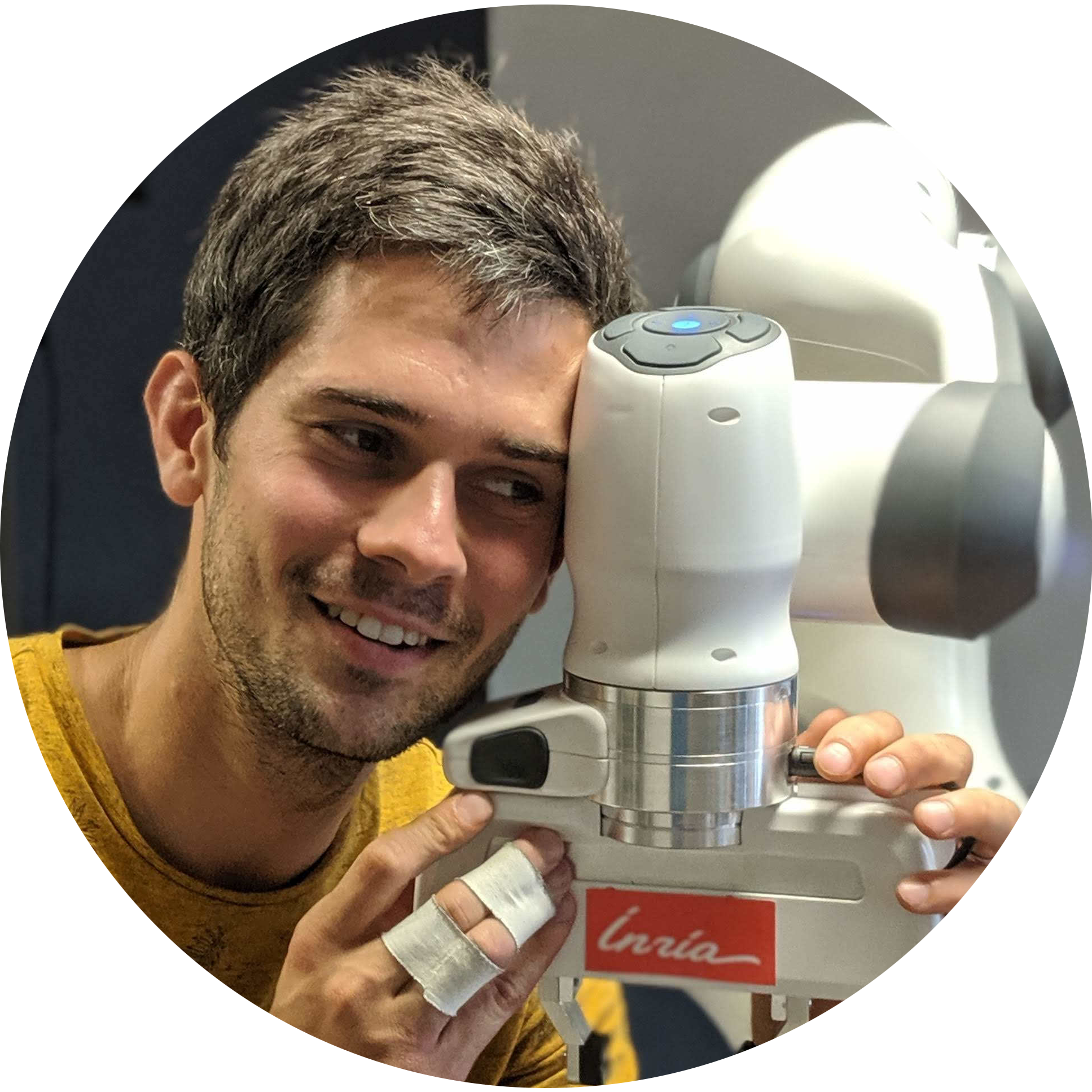 Me I am currently an engineer taking care of the Auctus robotic plateform and developping software for it. I did a Postdoc from 2021 to 2022 at the joint lab between CNRS and Solvay called the Laboratory Of the Future. This Postdoc was conducted in collaboration with the Auctus team. The goal of this project was to introduce a robotic assistant inside a glovebox. To know more about this project you can go here. From 2019 to 2021 I worked on the Harry² project in the Auctus team. From 2015 to … [Read More]